Things I Think I Know Of a Friend

By Chinua Ezenwa-Ohaeto From Issue No. 7 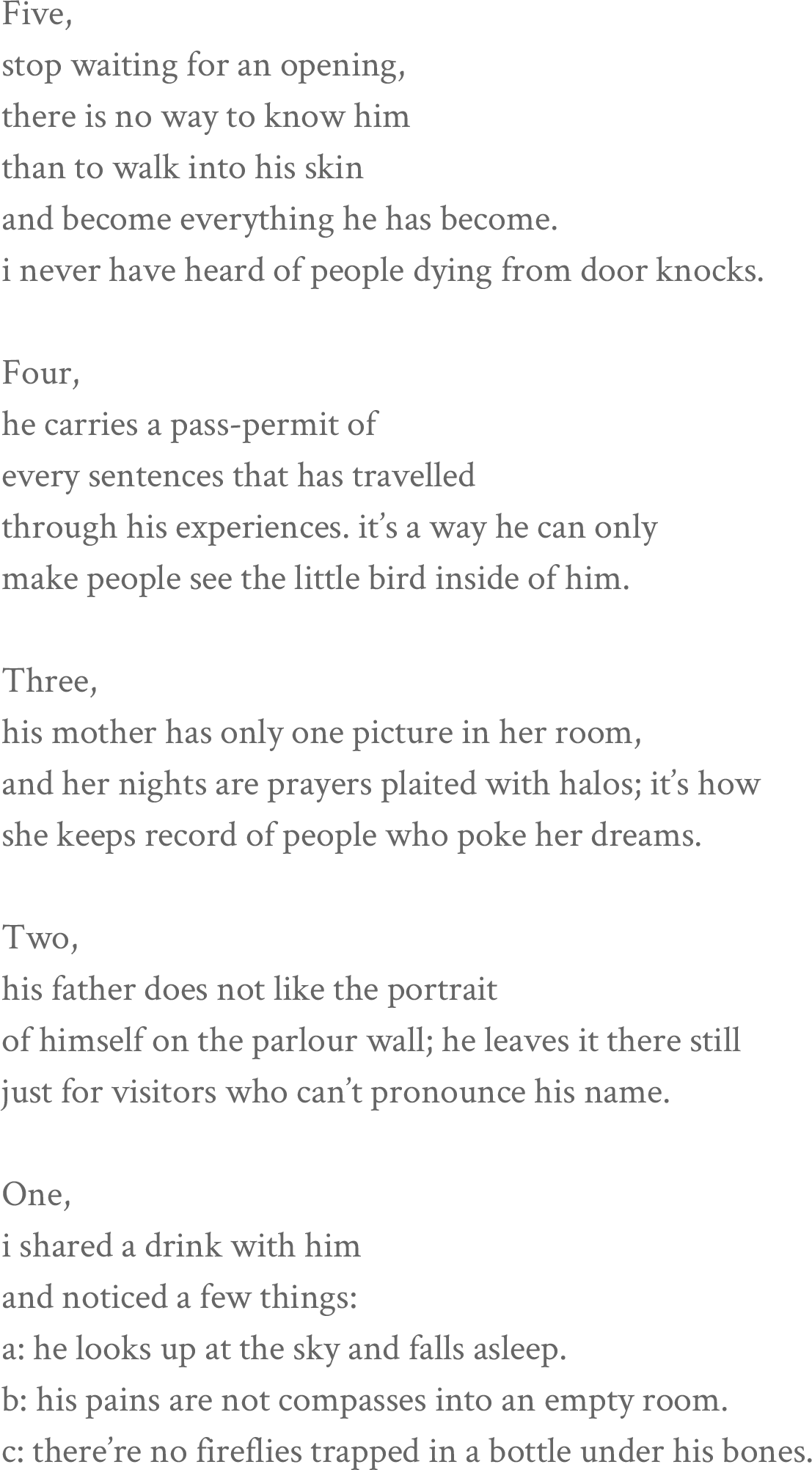 stop waiting for an opening,

there is no way to know him

than to walk into his skin

and become everything he has become.

i never have heard of people dying from door knocks.

he carries a pass-permit of

every sentences that has travelled

through his experiences. it’s a way he can only

make people see the little bird inside of him.

his mother has only one picture in her room,

and her nights are prayers plaited with halos; it’s how

she keeps record of people who poke her dreams.

of himself on the parlour wall; he leaves it there still

just for visitors who can’t pronounce his name.

i shared a drink with him

and noticed a few things:

a: he looks up at the sky and falls asleep.

b: his pains are not compasses into an empty room.

c: there’re no fireflies trapped in a bottle under his bones.

About Chinua Ezenwa-Ohaeto More From Issue No. 7