By William Stratton From Issue No. 1 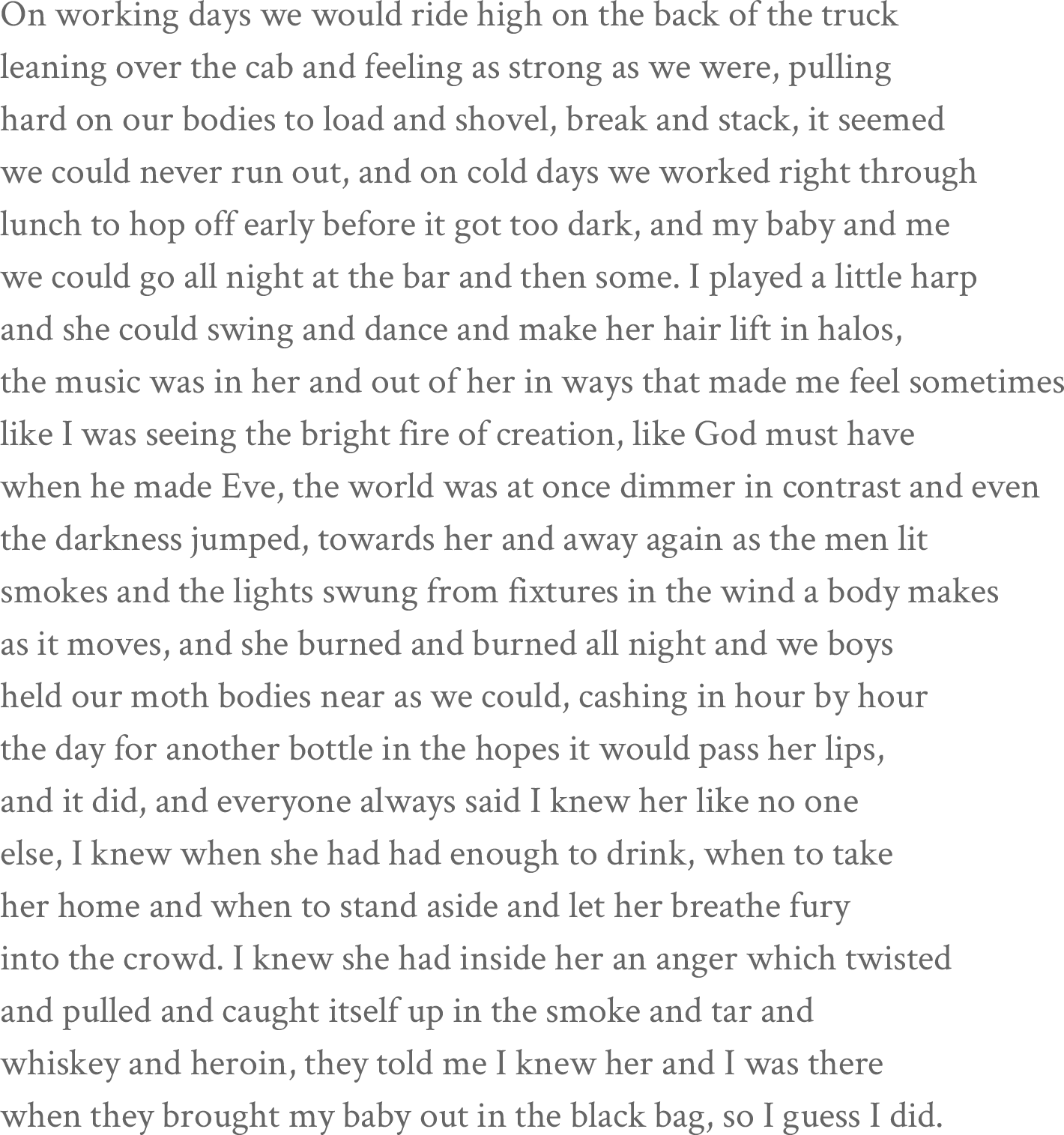 leaning over the cab and feeling as strong as we were, pulling

hard on our bodies to load and shovel, break and stack, it seemed

we could never run out, and on cold days we worked right through

lunch to hop off early before it got too dark, and my baby and me

we could go all night at the bar and then some. I played a little harp

and she could swing and dance and make her hair lift in halos,

when he made Eve, the world was at once dimmer in contrast and even

the darkness jumped, towards her and away again as the men lit

as it moves, and she burned and burned all night and we boys

held our moth bodies near as we could, cashing in hour by hour

the day for another bottle in the hopes it would pass her lips,

and it did, and everyone always said I knew her like no one

else, I knew when she had had enough to drink, when to take

into the crowd. I knew she had inside her an anger which twisted

whiskey and heroin, they told me I knew her and I was there

when they brought my baby out in the black bag, so I guess I did.

About William Stratton More From Issue No. 1