By Chloe Clark From Issue No. 1 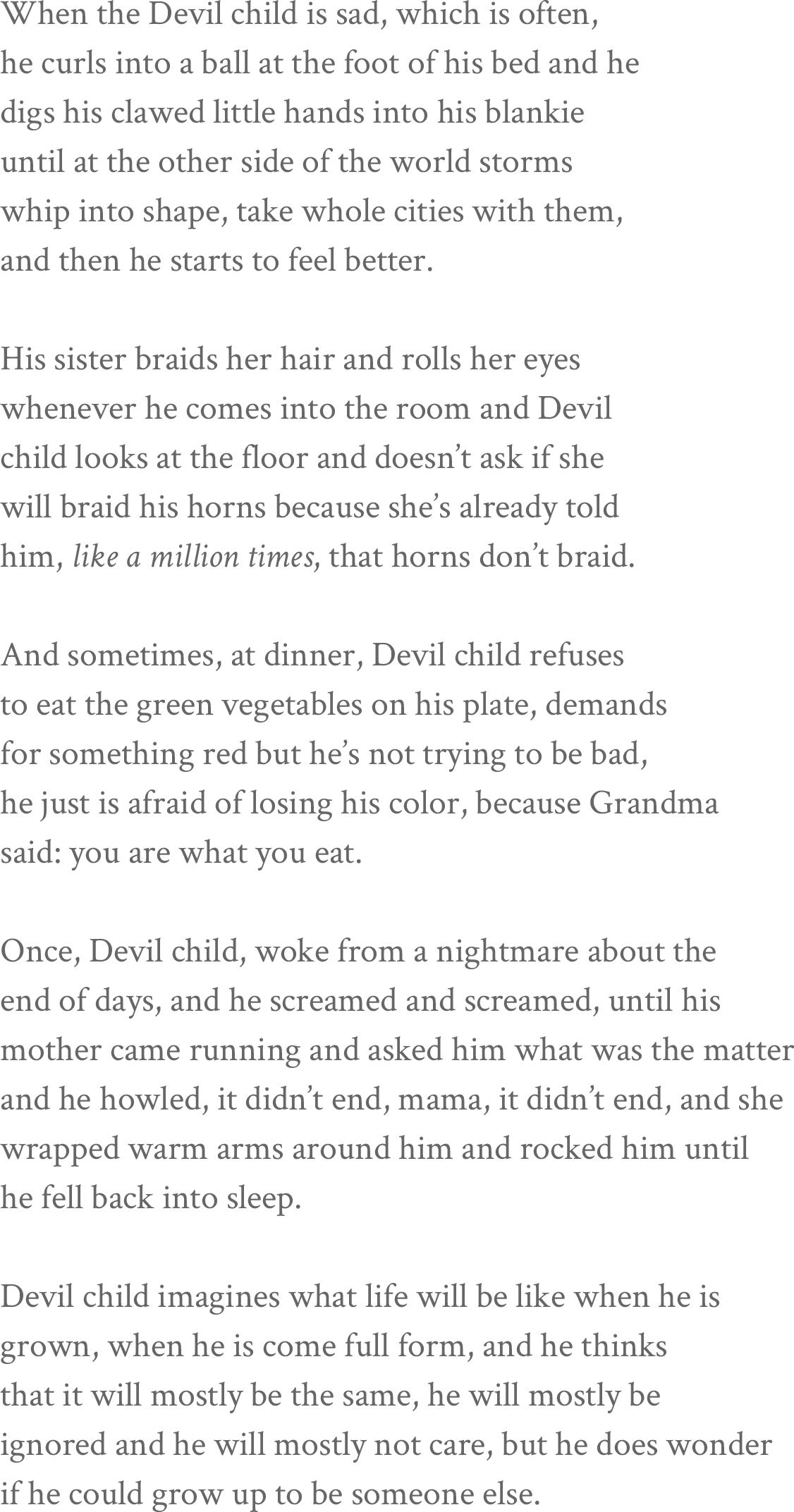 When the Devil child is sad, which is often,

digs his clawed little hands into his blankie

until at the other side of the world storms

whip into shape, take whole cities with them,

and then he starts to feel better.

His sister braids her hair and rolls her eyes

whenever he comes into the room and Devil

child looks at the floor and doesn’t ask if she

will braid his horns because she’s already told

him, like a million times, that horns don’t braid.

to eat the green vegetables on his plate, demands

for something red but he’s not trying to be bad,

he just is afraid of losing his color, because Grandma

said: you are what you eat.

Once, Devil child, woke from a nightmare about the

end of days, and he screamed and screamed, until his

mother came running and asked him what was the matter

wrapped warm arms around him and rocked him until

he fell back into sleep.

Devil child imagines what life will be like when he is

grown, when he is come full form, and he thinks

ignored and he will mostly not care, but he does wonder

if he could grow up to be someone else.

About Chloe Clark More From Issue No. 1