By Jessica Mehta From Issue No. 5 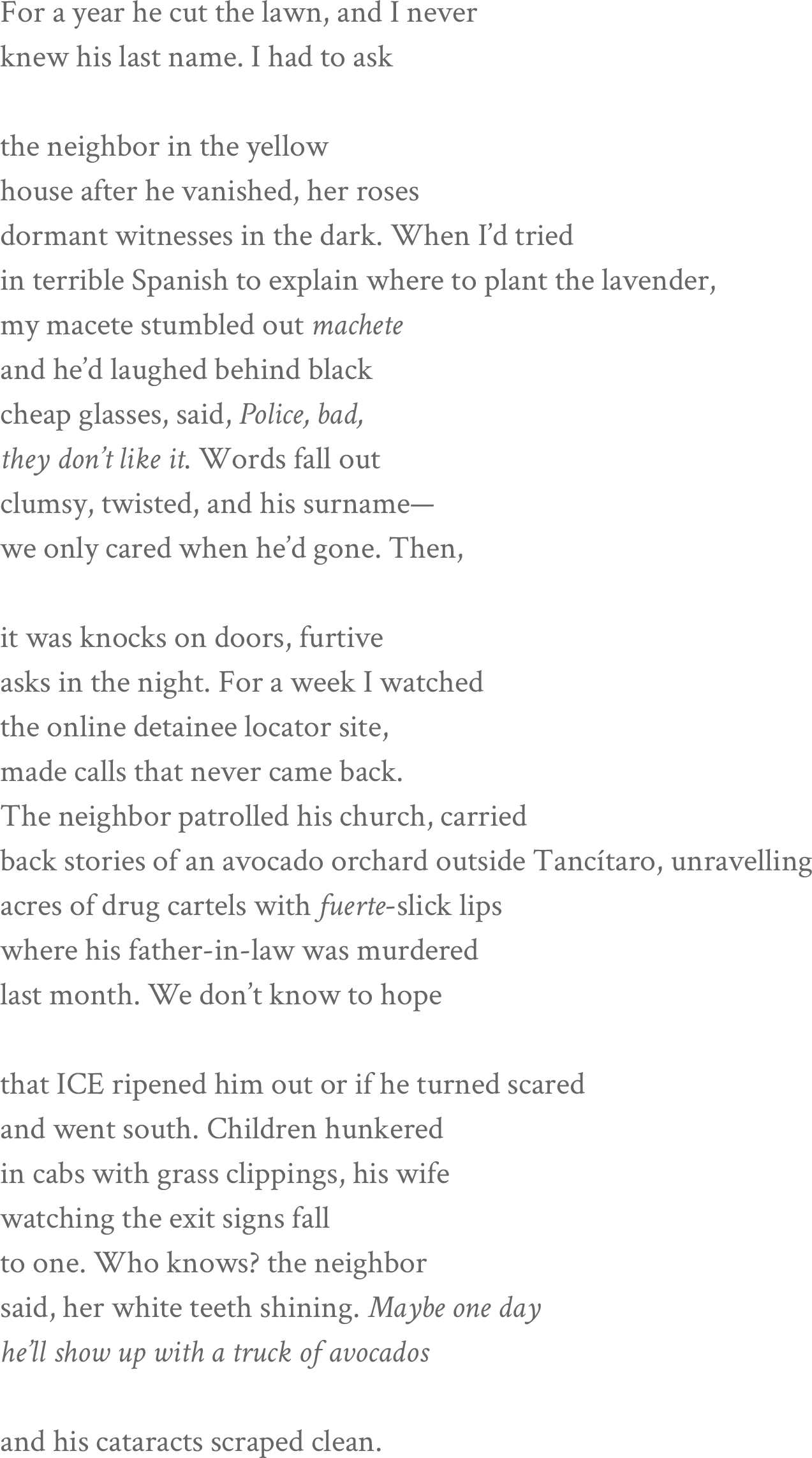 For a year he cut the lawn, and I never

knew his last name. I had to ask

the neighbor in the yellow

house after he vanished, her roses

dormant witnesses in the dark. When I’d tried

in terrible Spanish to explain where to plant the lavender,

my macete stumbled out machete

and he’d laughed behind black

clumsy, twisted, and his surname—

we only cared when he’d gone. Then,

it was knocks on doors, furtive

asks in the night. For a week I watched

made calls that never came back.

The neighbor patrolled his church, carried

back stories of an avocado orchard outside Tancítaro, unravelling

where his father-in-law was murdered

that ICE ripened him out or if he turned scared

in cabs with grass clippings, his wife

to one. Who knows? the neighbor

he’ll show up with a truck of avocados

and his cataracts scraped clean.

About Jessica Mehta More From Issue No. 5