By Jeff Whitney From Issue No. 4 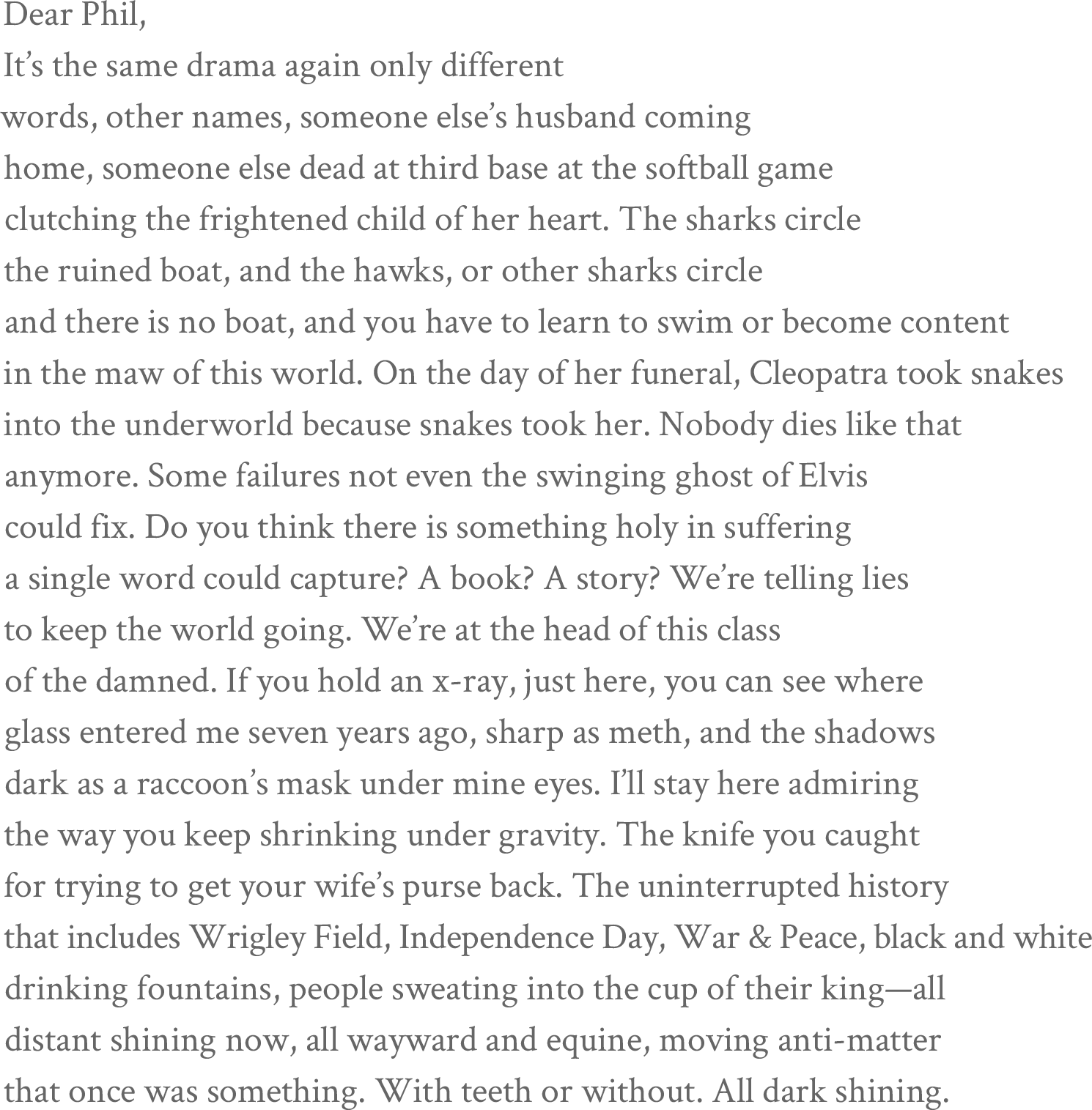 Dear Phil,
It’s the same drama again only different
words, other names, someone else’s husband coming
home, someone else dead at third base at the softball game
clutching the frightened child of her heart. The sharks circle
the ruined boat, and the hawks, or other sharks circle
and there is no boat, and you have to learn to swim or become content
in the maw of this world. On the day of her funeral, Cleopatra took snakes
into the underworld because snakes took her. Nobody dies like that
anymore. Some failures not even the swinging ghost of Elvis
could fix. Do you think there is something holy in suffering
a single word could capture? A book? A story? We’re telling lies
to keep the world going. We’re at the head of this class
of the damned. If you hold an x-ray, just here, you can see where
glass entered me seven years ago, sharp as meth, and the shadows
dark as a raccoon’s mask under mine eyes. I’ll stay here admiring
the way you keep shrinking under gravity. The knife you caught
for trying to get your wife’s purse back. The uninterrupted history
that includes Wrigley Field, Independence Day, War & Peace, black and white
drinking fountains, people sweating into the cup of their king—all
distant shining now, all wayward and equine, moving anti-matter
that once was something. With teeth or without. All dark shining.

About Jeff Whitney More From Issue No. 4